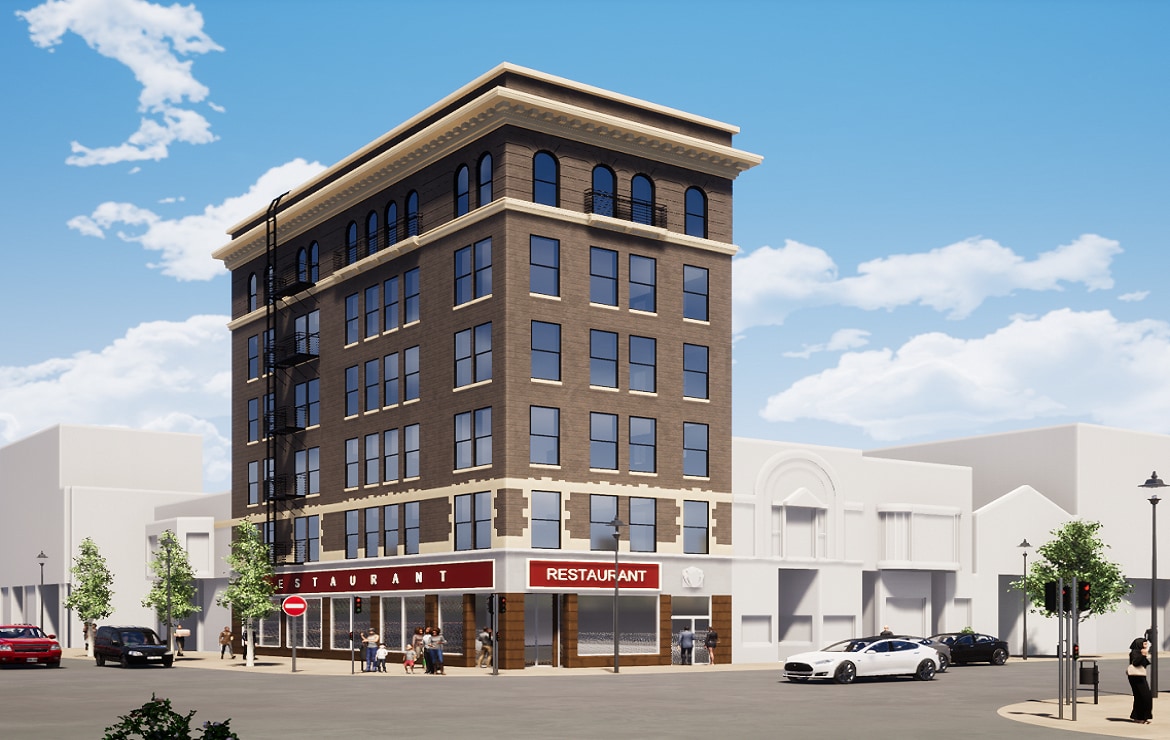 About Lofts on Broadway

Built in 1905, the Terminal Building functioned as Hotel Arthur, which accommodated travelers on the Fox River. The Aurora, Elgin and Chicago Railroad relocated its headquarters to the sixth-story building in 1915.

Renamed the Traction Terminal Building, the building's first floor served as a waiting area and diner, while the upper floors were occupied by professional tenants. The building stood prominently in downtown Aurora through the 1950s, until new highway systems produced a decrease the demand for passenger rail service.

The Terminal's upper floors were vacated in the 1960s; the last commercial tenant left the ground floor in 2003. The building was added to the National Register of Historic Places on March 15, 2005. Featuring 20 lofts apartments. Each apartment is brand new with wood floors, stainless steel appliances, washer/ dryer, and great views of downtown.

Downtown Aurora, Illinois, is a historic and cultural hotbed. About 40 miles southwest of Chicago, it is home to the Paramount Theatre, a large live performance theater on the National Register of Historic Places, and the Hollywood Casino. Other notable buildings include the Leland Tower, a former hotel which was the tallest building in Illinois outside of Chicago, Terminal Building (now Lofts on Broadway) and the Keystone Building (now Keystone Building Lofts). Downtown Aurora is still known for the collection of commercial buildings by Prairie School architect George Grant Elmslie.